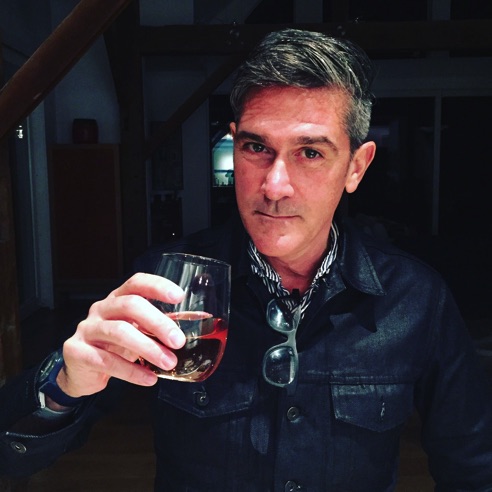 Check out what Howard Stump has to say about The Odd Fellows Hall.

“The Odd Fellows Hall has a charm and honesty that seems to be the cornerstone of Fontaine's music. In fact, the album on the whole is like a collection of short stories, rich in character and deep in narrative. And all that is tied together with a wonderful melodic bow, adding to the rich texture of the collection. After I have listened to this album time and time again, I am still excited as I listen. This album is a great addition to my music collection. The music manages to do something rare, which is to be hard to categorize, yet remain truly memorable.”

Howard Stump, Soundtrack To My Day

“Fontaine James' album is called The Odd Fellows Hall. It is such a good record. It's not like anything else you're gonna hear right now and that is the best possible endorsement because we have enough of everything else. People say what's fresh? What's new? Well guess what? What's fresh and new is a record that goes back to basics. A record that goes back to the fundamentals of song craft, great lyrics, of melodies that you'll remember for hours and days after you've first heard them. And what a great singer as well.”

Larry and I sat down for a chat on his Sirius/XM show, The Morning Jolt. Give a listen http://soundcloud.com/fontaine-james/fontaine-james-and-larry-flick

Then My Nguyen wrote...

"What Fontaine James seems to be attempting here, is to capture the scope of American music in all its glory. Following no real chronological order, we get bits of the U.S.’s musical history from Johnny Cash to the Beatles, from vaudeville to American Bandstand, and melodies from the 50’s and 60s infused with a bit of country and graced with a nostalgic bent. This is a feat in itself; to be able to tackle the American musical landscape, while keeping the record clever, cohesive, and the sound relevant to modern as well as classical music-lovers. This is quite an accomplishment."

My Nguyen, Review You

Then Ron chimed in with...

"THIS is American music. It’s modern but certainly informed by America's richly complex and rugged past - like Arlo Guthrie and Aaron Copeland had clandestine, passionate sex behind a circus tent in Oklahoma and conceived a baby, with the help of the bearded lady, which they named Fontaine James. The narratives in every song paint such a vivid world of, well, odd fellows and ladies whose sheer weirdness is captivating. These lyrics practically kidnap you and hustle you off to a parallel land with the most peculiar inhabitants that somehow speak a language that you understand. The music sets you dreaming and transports you to a delightful Fontaine-tweaked wonderland - quirky, creepy, melancholy, hopeful, and happy all at once. Silly, very cool and shockingly earnest at the same time."

And then this stuff was overheard...

“A mixture between Johnny Cash and Pop/Rock music. This great musician from NY will get you to fall in love within seconds.”

“What makes this musician a special joy to listen to are his crafty and brilliant songwriter's skills and massive vocals.”